Deprecated: Assigning the return value of new by reference is deprecated in /home7/mw160012/public_html/english/wp-content/plugins/srlatin33.php on line 122
 Helmet and armor parts | NATIONAL MUSEUM OF PANCEVO 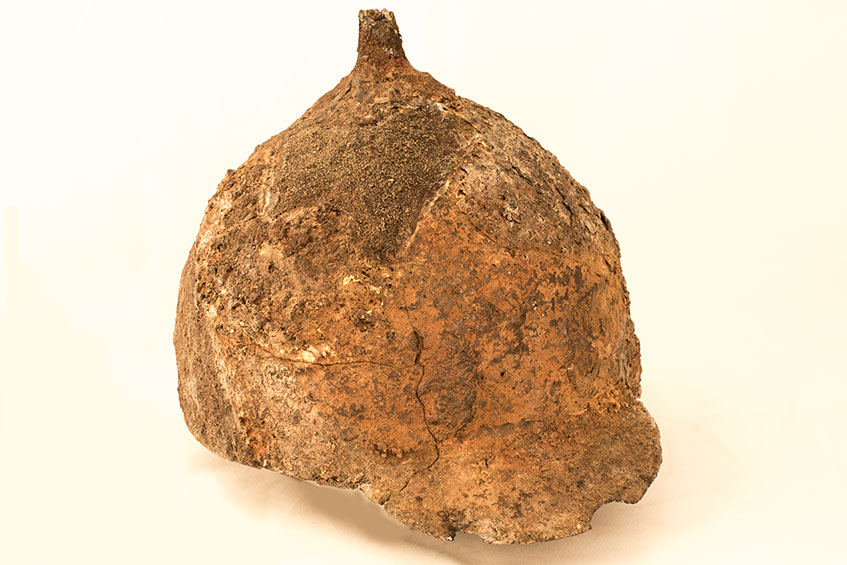 Helmet and parts of armor, helmet – parts of bullet-proof vests. Made of iron, and part of the military equipment Cuman horsemen. Tomaševac, site of Ludoška mound, 13-14. century. Inv. no. A 3433

On the site of the Ludoška mound near Tomaševac, during construction works in 1978, at a depth of about 2.1 m was encountered on human skeleton. In the tomb were found parts of the warrior equipment consisting of an iron helmet, sword and chain parts as well as parts of gilded silver belt.

Helmet semicircular shape consisted of a simple dome which is at the top of the tapered tubular plunger for plume. On the front part of the helmet is a visor brow above which is a motive “apotropaic eyes”.

Sabre is made from forging iron with visible traces of the wooden cover on the blade.